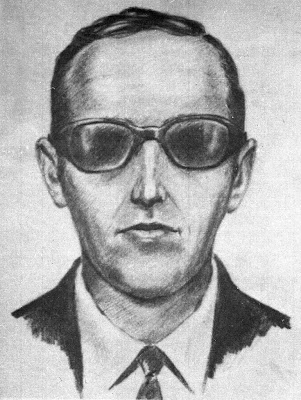 On a cold November night 40 years ago, in the driving wind and rain, somewhere between southern Washington state and just north of Portland, Oregon, a man calling himself Dan Cooper parachuted out of a plane he’d just hijacked clutching a bag filled with $200,000 in stolen cash. Who was Cooper? Did he survive the jump? And what happened to the loot, only a small part of which has ever surfaced? F.B.I. Special Agent Carr needs your help.


Do you recognize any of the following items?

J.C. Penney black tie and mother of pearl tie clip, which DB Cooper removed right before jumping out of the aircraft, and remains of twenty dollar bills which were found by an 8 year old boy vacationing with his family by the Columbia River.

One of the parachutes left behind by Cooper and the canvas bag it came in. Cooper jumped with two (including one that was used for instruction and had been sewn shut). According to the FBI:

"We originally thought Cooper was an experienced jumper, perhaps even a paratrooper,” says Special Agent Carr. “We concluded after a few years this was simply not true. No experienced parachutist would have jumped in the pitch-black night, in the rain, with a 200-mile-an-hour wind in his face, wearing loafers and a trench coat. It was simply too risky. He also missed that his reserve chute was only for training and had been sewn shut—something a skilled skydiver would have checked.” 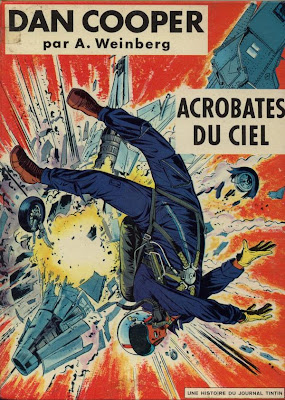 Recent developments in the case have lead other Citizen Sleuths to believe he may have been a military-trained, French-Canadian factory manager or chemical engineer, probably from outside of Quebec. Cooper appeared to have fashioned his identity and modus operandi from a 1960s-era, French-language comic book about a Royal Canadian Air Force test pilot and space traveller named Dan Cooper.
The hijacker - while popularly known as D.B. Cooper because of a news reporter's error after the crime took place - actually identified himself as "Dan Cooper" when he first boarded the passenger plane. On the cover of one issue of the Belgium-produced comic - sold in Europe and French Canada shortly before Cooper's hijacking of a Portland-to-Seattle flight - the Canadian superhero is shown parachuting.

The case remains the only unsolved airline hijacking in American aviation history. Therefore, if you think D.B. Cooper is most likely your Dad or your weird Uncle, please contact the FBI at fbise@leo.gov. 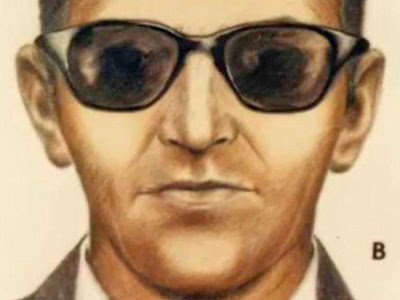 Fun Fact: According to one of the flight attendants aboard the hijacked plane, Dan Cooper was quite civilized. "He wasn't nervous," she told investigators later. "He seemed rather nice. He was never cruel or nasty. He was thoughtful and calm all the time." He ordered a second bourbon and water, paid his drink tab (and insisted she keep the change), and offered to request meals for the flight crew during the stop in Seattle.